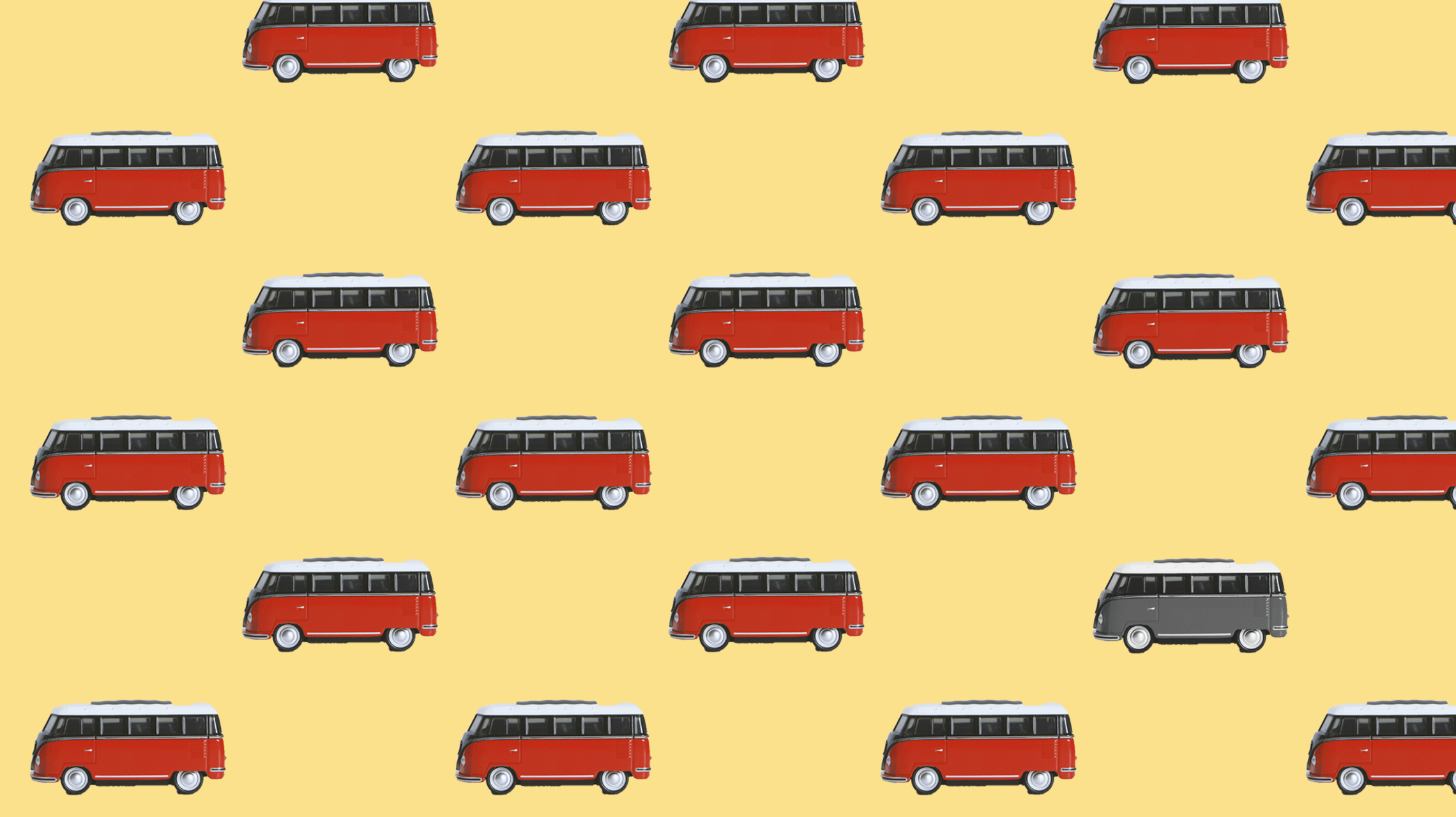 “Education is transforming. It used to feel like there were only two paths, a four-year school or going to work in a trade—that’s so far from our current reality.”
—Nathan Gebhard, Co-Founder of Roadtrip Nation​

For nearly two decades, Nathan Gebhard has been producing a documentary series about people who have built an authentic life and career centered around things they genuinely care about. Roadtrip Nation now reaches 60 million people each year, but it began with a group of confused college kids who realized they didn’t want to pursue the careers they were qualified to do. Rewind to teenage Nate having a conversation at a family barbecue:

“So, what are you gonna do with your life?”  Nate’s uncle asked.

“I’m going to get my degree in business management and then I’ll become a management consultant for a Fortune 500 company,” Nate replied.

But it was all a lie—one Nate told family members, and himself—to avoid admitting he, like countless other 18-year-olds, had no idea how college would lead to long-term happiness or what he wanted to do with his entire future life. Since artists “end up homeless and penniless,” he knew he was expected to go to university, study, choose a career, and…

But after college, instead of getting an entry level job at a consulting firm, Nate and a group of equally freaked out recent graduates took a road trip.

What began as a simple idea to travel the country and talk with people about how they found work they love soon morphed into a three-month, monumental, 17,000 mile, cross-country adventure where the group interviewed a director at Saturday Night Live, Justice Sanda Day O’Connor, a lobsterman in Maine, Howard Schultz, brewers in Seattle, the founder of Barnes & Noble, and others who had broken out from familial and societal expectations to build lives true to their own interests and values.

Nate and his Roadtrip Nation co-founders are now a few thousand interviews in, have published a best-selling book called Roadmap, and produce career exploration tools accessed by millions of people each year.

We had a chance to ask Nate what advice he would give his younger self—and high school or college students today—faced with the familiar dilemma of just not knowing how to decide what to do next.

Looking back, it was crazy that I avoided the questions of who I am and why I was going to college. I was intimidated by those questions, so I ran away from them and followed everyone else—thinking I needed a fancy house, 2.5 kids, a car with shiny rims, and a white picket fence. I was taking a cookie cutter approach to my life and following society’s script, not my own.

What I really loved to do in high school was design and make things. Since my early attempts at design lacked natural skill, I dismissed my interests as hobbies to be relegated to the weekends. What I know now is that there are endless ways to take something you’re interested in and apply it to a career. You can develop your skills along the way. Most of us aren’t any good at things the first time around, but failed first attempts shouldn’t carry too much weight when it comes to finding a career you want to do.

#3: College is just one option.

It used to feel like there were only two paths, a four-year school or going to work in a trade. Today, where you learned your skills is far less important and that’s part of the reason we’re seeing so many coding bootcamps, free online education websites like Coursera, and stackable credentials cropping up everywhere. There’s a short list of careers where going to a prestigious 4-year college is important—like being a top-tier lawyer—but the vast majority of jobs are based on merit. Most companies just want to know that you have the required skills and are willing to work hard.

With the hefty price tag of higher education, connecting the financial investment of attending college to tangible outcomes is all the more important. If I was going to college in the present day, I would be doing a lot of cost/benefit calculations of where I could get the educational outcome, I needed with the least debt possible. Some careers require a master’s degree, others truly do just need a certificate. Knowing where my interests are, I would have been happy as a UX designer or an architect. There’s about a $30,000 difference in wages between those two careers, but a much greater difference in educational cost. Architecture is a difficult career to break into even with a degree. Contrast that with UX design, which is open to anyone with the skills, regardless of whether they have a bachelor’s, associate’s, or attended a bootcamp. And companies can’t hire UX designers fast enough.

In college I got good grades, but I didn’t do internships, talk with professionals who were doing things I was interested in, study abroad, or set up a side hustle to turn my interests into skills.  I missed the chance to explore the world of design alongside my education. Instead, I graduated with a good GPA but few experiences outside studying.

At the end of the day, I was lucky. The business degree I didn’t want was helpful when we turned our road trip into an organization. I was also fortunate that on our first road trip, I met Michael Jager, a creative director who became a role model and helped me shape my own role at Roadtrip Nation. While I continue to leverage my college education in the business side of my role, I’ve always felt that I lacked formal training for my true interest (and current job) in design. As a result, I’ve had to sweat/fake/work my way through being a creative director.

The learning process is never over because the world is changing so quickly—and there’s no limit to how much you can learn or do.

The world continues changing in unexpected ways, almost daily, and so too does education. The opportunities to break out of the traditional mold are available to anyone with a little ingenuity, research, and the courage to understand for themselves what they want in their lives. Nate’s main advice, wherever someone is in their education or professional journey right now?

“Let go of society’s script and write your own—centered around the things that interest you!”