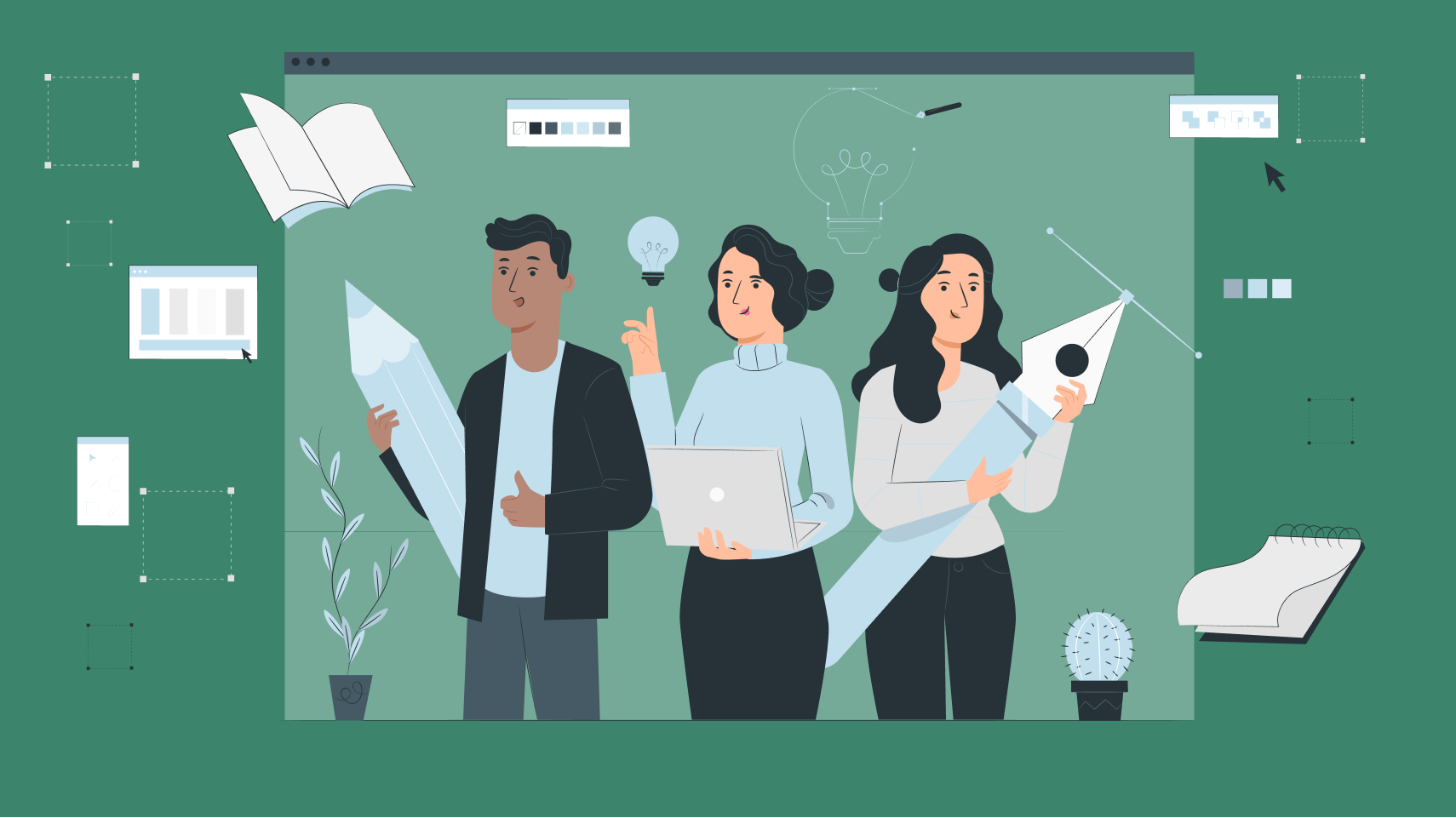 We often believe that knowledge simply exists, and it’s our job to find it, read it, and absorb it. In most situations, that’s true—we’re not the ones creating the knowledge, we’re the ones learning from it. But in some contexts we create new knowledge by contextualizing and combining data in order to see it in new ways. In design, this synthesis is achieved through the process of iterative sketching—visualizing things with incremental shifts and changes, in a repeated process.
Within professional design there are three foundational steps along the process of creating new knowledge: craft, critique, and persuasion.

The Importance of Craft at All Levels

Drawing, either with a pencil and paper or in whatever medium the designer is working in, produces an initial artifact. This craft of execution during the iterative process is a way of creating new possibilities. These possibilities hold new information, subsequently producing new knowledge.

When a visual or interactive designer begins their process, they take what they already know about what they’re going to make, whether from research or a creative brief or their own experiences. They don’t know what the first sketch will look like, so they take a stab at synthesizing their pre-existing knowledge into a visual representation. Design isn’t about one and done, it’s a process of synthesis, exploration and discovery—so the next step is to draw the thing again. An iteration doesn’t come from a clean slate—it’s based on what was learned in the previous sketch and which can then be improved upon.

We draw, and see, and know, and react, and do it again, quickly. Over the duration of a sketching session, this happens over and over. In this way, the design process is as important, or more important, than the design artifact. The process isn’t just a set of steps to follow — it’s cognitive, and it’s generative.

To produce relevant knowledge during design, a high level of craftsmanship is needed during iteration, or the knowledge created along the way risks being inaccurate or incomplete, no matter how beautiful the final design execution. A low-fidelity sketch still needs to have attention to detail, capture intent, and build on knowledge. While the artifact will increase in fidelity through additional iterations, it shouldn’t need to increase in craftsmanship.

Knowledge and the Design Critique Process

A critique is an opportunity to bring people together with the sole purpose of improving an existing design. Critiques are typically led by experts (creative directors or senior designers) and are critique is based around sharing opinions gained from experience and grounded in foundational knowledge. Experts have “tacit knowledge” that is often inherent to the point of being difficult to describe.

Teaching is fundamentally about helping people learn, therefore being “told” about an expert’s knowledge isn’t enough. If a critique takes the form of experts telling a designer what is wrong and what can be improved, they aren’t imparting knowledge, they are providing data.

Knowledge is created during the process of design, and it’s held in the head of the people that created it. Working collaboratively in a critique setting to draw and provoke new knowledge means each person involved plays a part in what is learned as well as what is made.

Perhaps critiques should be renamed “collaborative knowledge-generation sessions,” as that is both more accurate, and most relevant for furthering design.

Design breaks the frame and doing so brings the impossible to life.

To get stakeholders to believe in an idea or artifact, they need to be induced, and given criteria to judge the work. Like designers, stakeholders also need to learn through experience, though in a more direct, often less interactive, process. This can make persuasive presentations difficult and means that the task of the designer is to represent the entire spectrum of teaching while “selling.”

In order to believe in a design that doesn’t yet exist—that can’t be used and experienced—we must believe in the knowledge that went into making it. In lieu of an actual working product, a narrative, storyboard, or demonstration are the strongest communication tools at this phase. Stories can impart knowledge by capturing listeners’ attention more fully and intellectually than a lecture of facts, making the process more engaging, more of an experience, than just being told about what the designers learned.

Design is a way to generate knowledge through iteration—making things teaches us about the thing we made—shifting “thinking” from something that happens only in our heads to something that is moderately external. Design breaks the frame and doing so brings the impossible to life.

We need to stop thinking of design as a split between interaction design and visual design, or between flow and aesthetics, or between UX and UI. While designers have a predilection to one set of skills over the other, if the knowledge for how things work and how things look is produced separately, the end result will be internally illogical. This doesn’t mean all designers must be experts in all things. It means that the processes need to happen concurrently—and through an organic mixture of experience-based collaborative sketching and critique.

Design creates knowledge, which means that we need experiential persuasion to gain buy-in. We need to tell stories, and bring ideas to life, in order to recreate the knowledge that is now, for the creators, tacit. Our work cannot speak for itself, and we can’t just show it. We need to teach it.