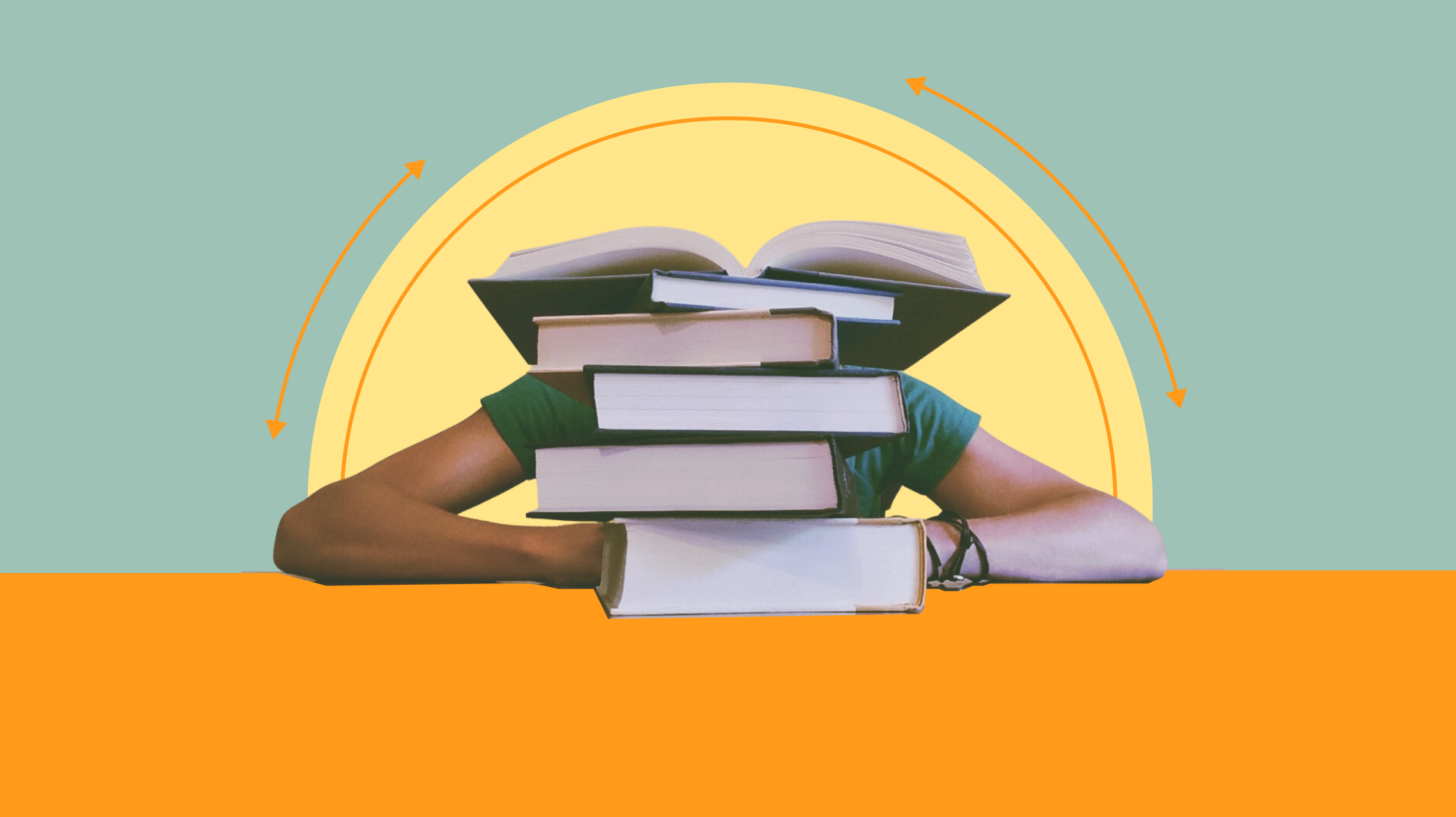 Design is a full-bodied discipline, but we’re letting new entrants to the profession only scratch the surface.

When I was an undergrad, I took a class with Randy Pausch called Programming Usable Interfaces. One of the first things he did was give us a free book called Usability Engineering, which reiterated the main theme of the course: that it’s critical to make interfaces that are usable.

At a similar time, I took a class with Dick Buchanan, and one of the first things he did was ask us to reflect on and explain the differences between design and art. 20-something years later, I’m still not sure I can offer a crisp distinction, but that doesn’t change the fact that his question shaped my emerging perspectives on design, reinforcing the importance of usability.

For myself and others who grew up in this era, computing and design foundationally highlighted areas where a design solution could make things usable, useful, and desirable. Don Norman’s The Design of Everyday Things pointed out that shower dials turn the wrong way, doors push where they should pull, the stove burners map haphazardly to the buttons that work them, and the world is generally out to get us because of “bad design.”

This idea of viewing the world as a series of human-made problems also surfaced when examining digital interfaces, which — unlike annoying doors that push instead of pull — actually had the ability to cause material problems. In school, I learned to propose interface and system solutions to make software easier to use. We were taught not to focus on “user-friendly” but instead to advocate for usability as a fundamental in software development.

Ultimately, I graduated knowing that I had a design hammer, and the world was full of nails. This was my formative view of our profession. It’s unique because of when I learned design, and whom I learned it from.

Design Through the Generations

Every professional discipline is shaped by the time in which it develops, and the greater impact of progress and curiosity of the world at that time. Looking at the formative stages of design shows how this discipline shapes and is shaped by each generation.

The roots of design are in the Arts and Crafts movement. What most of us would consider the first examples of truly mass-produced design came in the form of furniture — industrial design and posters — graphic design. Designers growing up with this focus embraced a relationship between what a material can do and what we can do with it.

Emergent from the Bauhaus was a generational focus on what things did and how they appeared. “Form follows function” became the colloquialism for utilitarian, decorative-free design. Designers in this space embraced a minimal aesthetic. As a result, designed things were seen as utilities with a function and a purpose. For example: a pencil sharpener sharpens pencils, so it should look like it sharpens pencils.

As computation started to creep into culture — first, in business, and then in our homes through a personal computer — a focus emerged aimed at making the complexity of digital technology understandable. Human factors — anthropometric measurements related to the physical limits of body — shaped a philosophy of putting a person at the center of the design of things rather than leading with either aesthetics or utility. The focus shifted to engineering and human-computer interaction, observing people to see where existing tools failed them, and testing the things we made before releasing them to the world at scale.

This is the focus that shaped a large part of my initial understanding of design.

Designers, focusing on beauty, form, function, and usability, approach problems in a unique way, which is more fluid than a top-down, rational approach. This flexible approach emphasizes sketching and iterative exploration as a means to an end. This process is flexible enough that it has now been adapted for complex system, service, and organizational problems, too.

Leveraging this process in such a broad, flexible manner also shaped a large part of my understanding of design.

In parallel to, and in some respects, in rejection of, a business trend of operational optimization and measurement, a generational focus of design as innovation emerged. Designers, using their keen abilities of observing people, were able to identify opportunities for companies to introduce new products and services rather than simply improving existing ones. Designers emerging during this period chased newness, and this focus on novelty developed into the mantra of “failing forward.” Innovation was, as GE’s Jeff Immelt described, “an escape from commodity hell” — yet innovation also introduced business risk. This focus on innovation in design and then in business made it acceptable to take chances.

While “experience” has no intrinsic relationship to digital technology, the proliferation of small, inexpensive computers created a focus on the relationship people have with designed things over time. These relationships — often emotionally charged — are behavioral and phase-based. We change, and the things we use and live with should change with us.

Designers who gained experience during this generational focus expanded on the notion of usability to introduce pleasure — the idea that a digital product can be more than just a utility, and that services “count” as first-class citizens of design, whether or not they have digital components.

Design has a strong history of being a service profession — that is, a profession “in service” of people’s wants and needs. Usability is, simplistically, about easing the pain of everyday interactions introduced by technical complexity. As a focus on impact emerged, designers began to see how their problem-solving and innovation abilities could be applied not just in the context of capitalism, but also in the context of large-scale social problems. Instead of addressing problems through policy or funding, designers emerging in this phase saw the creative process of design as a mature way of affecting social inequities.

Building on the relationship of design as a driver of innovation, and as a source of power for cultural change, a generational focus emerged of design as a way of thinking strategically — of planning what an organization should do and when they should do it. Design as strategy is about showing a north-star vision and plotting a course toward that vision. Unique to design is the ability to show — not just tell — and a focus on design strategy means crafting a future that feels so powerful and optimistic, others can’t help but follow a leader in that direction.

Value has traditionally been considered transactional — a particular product or service is seen as providing X value, and that’s how much people will pay for it. This is overly simplistic in the context of experience. Design-as-value approaches “value” as emergent, instead of fixed. It changes over time and includes the exchange of attention and emotion rather than a purely monetary exchange.

Is the profession too big to know?

Looking at this simplified history of design shows a few of the building blocks for how we got to where we are today. But what makes design extraordinarily complicated in practice is the additive and often exponential nature of accumulated knowledge. If we consider the Industrial Revolution to be more or less the beginning of the discipline of design, this field is about 250 years old. Each one of the stages above introduced new ideas and concepts that built off previous generations’ contributions. And now that we have this knowledge or viewpoint, it’s almost impossible to design without it.

For example, the “strategy generation” of design still includes a lot of aesthetics and innovation — they aren’t mutually exclusive. In order to practice design — and do it well — we need to be proficient in all of these principles.

It can feel overwhelming for new designers, but there’s a precedent we don’t often think about — medicine.

“To give you some idea of the extent of medical information overload, it has been estimated that about 560,000 new medical articles are published every year and 20,000 new randomised trials are registered. That’s equivalent to 1500 new articles per day and 55 new trials.”

Intellectually, we can see that it’s unfair to go to a neurologist and expect them to be experts in the functions of the kidney, eye, foot, or any other part of the body. But emotionally, we do just that. We see a “doctor” as an expert in medicine — all medicine — just as we imagine a “lawyer” as an archetypal expert in law. And what’s more, there are real pressures on members of those professions to be experts in all aspects of their discipline. If a neurologist does something to a patient that negatively impacts their vision, it’s not sufficient to shrug and say, “well, vision wasn’t their specialty.”

This is not the problem of a “unicorn” — someone who can make beautiful screens, code, make wireframe flows…and win MMA fights. It’s a problem of broad professional expectation.

Just because the discipline is complex doesn’t mean we can ignore most of it.

The parallels to medicine aren’t exact, but one thing we can learn from that world is the idea of specialization as a pathway on top of generalization, not instead of it. Practitioners need to study a broad and deep overview of medicine before focusing — with even more depth — on a specialization.

We’ve swung the pendulum too far to the side of “let’s get you a job,” at the expense of “let’s make sure you are equipped to do that job.”

That equipping requires running back down the ladder of generational themes, and making sure designers can perform with confidence down the entire stack.

It takes many years of school and of practice to become a doctor, yet the message we’re telling people who are emerging from short-term design programs and bootcamps, or people who have been reorged into UX roles from program management or BA roles, is that they can — and should — skip all of that and just be an expert already. But I know that “become a doctor in 10 weeks” would never fly. And that’s a fundamental problem for the future of design. Whether the future is more of the same, or includes a broadening of the field itself, perhaps into the world of design ethics, nothing is more certain than that design is a discipline in which success depends on a strong and stable foundation before proclaimed mastery of specialty.