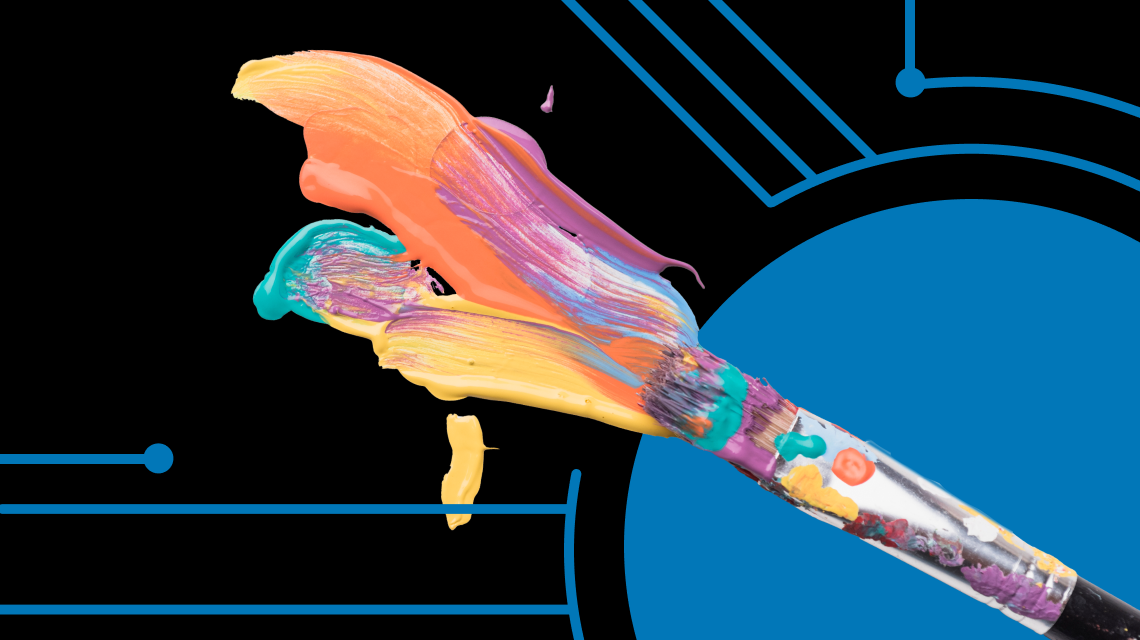 In an elevator-pitch world, the people who thrive are those who manage to stay ‘on-brand’ almost around the clock.

The social media ecosystem only functions when users curate bite-sized presentations of themselves, repeatedly. Each polished piece adds to the previous to build a cohesive whole that has almost nothing to do with the progenitor. With a split-second focus of attention before the viewer scrolls on, selection is for the best image: best side, most flattering angle, most pensive expression, #nofilter. But we are no longer stuck working only with what mother nature gave us.

Snapchat touched a nerve—and found a 40.78 billion-dollar idea—with its at-first cringe-worthy and fun, now eerily lifelike, filters. Dozens of photo filter apps have proliferated in its wake, showing that consumer buy-in to aspirational representations has been immediate and universal.

As the future panorama of our visual world becomes increasingly focused on a curated virtual reality, questions are coming into sharp focus. Questions about what life in the digital world will—and importantly, should—look like. Aside from neutral online meeting spaces, safe learning environments, and accessible virtual buildings, the population of our new shared space can be improved versions of ourselves. More attractive, taller, shorter, blonder, more brunette, the new ‘village’ is unimpeded by limits set by genetics and even reality.

But what about when we take the next logical step?

It’s hardly a new idea: with each generation finding original ways to upgrade their aesthetic hardware. Take tattoos, which were once the exclusive adornment of sailors, and were later absorbed as authenticity markers in several subcultures before becoming usurped by popular culture. So normalized are tattoos now that they are celebrated as an art form, with international recognition and even television series centered around them. Indeed, it has bled into the language: they are not tattooists, but tattoo artists.

How a person presents themselves to other groups is a key piece to the puzzle of our species. Social cohesion, or the allegiance to common goals and community survival, could be the lynch-pin on which humanity’s success relies. Over our shared history, what constitutes ‘acceptable’ and ‘unacceptable’ has varied widely, but what has remained constant has been our desire to fit within the ‘acceptable’ framework, even when pushing the boundaries of what that may look like. Slight changes here and minor augmentations there, the through-line is constant evolution.

This continues today, both in our flesh-and-blood bodies and increasingly, our online projections. Instagram relies heavily on our programmed neurological need to belong, leading to the filter and touch-up culture that has swiftly become the new normal.

Up until now, the distinction between creator and creation has usually been clear.

Shudu Gram is a strikingly eye-catching model, often trussed in tribal-style neck adornments, exaggerated African-style prints, or nothing at all. With high-end fashion campaigns behind her and a constant stream of admiring comments, she’s made it. As a high-earning black model, she uses her influence to tout the need for inclusivity in fashion, and show her support for social justice movements.

Lil Miquela and her ‘sister’ (and erstwhile frenemy) Bermuda both have the sassy and bold online personalities that Zoomers and Gen Zs respond well to. Bermuda has recently converted from conservative to liberal and appears to be working on her future business goals. Lil Miquela, or Miquela Sosa, is a musician and general social media juggernaut with a presence on multiple platforms, popular music videos, and frequent polling of her over 3 million followers. Each new post is almost immediately commented on, shared, and generally taken at face value as a genuine moment.

Sharing causes, designer clothes, and high-profile disputes, these two have mastered the art of online engagement. Their fellow model and provocateur, Ronnie Blawko, takes this to the next level with manufactured stunts, allegiance to the ‘420’ lifestyle, and mildly subversive behavior.

These four have the world’s top brands using their likenesses, hawking everything from vodka to purses to swimwear. And just like with other influencers, the thrill of following them is in their constant grasping for attention.

They could say anything. They could, one day, be anything.

Because none of them are real.

Shudu is a creation designed to draw attention to the racial imbalance of the couture world, whereas Lil Miquela, Bermuda, and Blawko all belong to Brud, an LA-based startup interested in augmenting storytelling with 3D modeling. And yet, each of these personas interact with real-world spaces and followers, blurring the line between reality and myth. But the creation implies a creator, and the storylines imply a writer, which begs the question: “who are these fans really following?”

As the world’s first digital supermodel, Shudu led the charge in taking idealized projection to new heights. Debuting her Instagram account with a simple “3Dart” hashtag, it isn’t clear whether her creator intended to launch her as an entity, or simply to showcase his talent. Only two posts later, the emoji that accompanied her photo was that of a black fist. Her star rose fast, and since then she has regularly shown support for the BLM movement and called for more melanin in the campaigns of major design houses.

Cameron-James Wilson, the man behind the model, claims he took generous inspiration from South African Princess Barbie, which explains her catwalk-ready anthropomorphic measurements. Left unexplained is why a white man from the fashion photography milieu needed to build a black female avatar to take over Instagram, when his skills would, presumably, have performed equally well on an ethnically similar version of himself. Wilson’s success in pulling Shudu’s strings has led to him creating The Diigitals, “the world’s first all-digital modeling agency.”

Brud, meanwhile, initially consisted of Trevor McFedries and Sara Decou, who very intentionally set out to create social media’s first computer-generated influencer. Another female invention, another girlish and frivolous brand-builder. Next up was Bermuda, and as the pantheon of original CGI influence-peddlers grew, a trend appeared to take place. Marginalized groups were now being represented with non-threatening online-only characters. Augmented reality is no longer simply projecting the third dimension within a 2-D picture, but changing the very makeup of the community around us. It has taken on a literal meaning, and the implications for designers present an ethical minefield.

Perfecting a technique such as lifelike skin displacement or seamless color grading is often a goal in itself for a creator. But once a limit has been surpassed, or a tech ceiling has been broken, the field doesn’t plateau. That new watershed is showcased, cheered, and then percolates through the rest of the industry, eventually becoming the new global baseline.

This phenomenon isn’t just seen in CGI, but in smart tech items, internet capability, city infrastructure, and everywhere new designs are being developed. When a designer’s laser focus stays tunneled in on one small area, they may not always stop to think of its impact on the bigger picture. But once a limit has been surpassed and it becomes the new normal, who is accountable for its responsible use?

Though coders, video programmers, and designers have long talked of the Uncanny Valley, our cadre of digital influencers appears to herald the beginning of the end in the struggle to surpass it. The popularity of Snapchat filters—and those of its ilk—indicates how wide-reaching the appetite for this tech is.

Both Brud and Wilson’s works are art project creations, stunts, for now. But should designers start publishing prescribed uses for their thought experiments? At the very least, our lunge towards digital realism means that designers should at the very least be considering alternative future uses of their progress. After all, as has already been seen in the first generation of influencers, and sporadic ‘cancellings’ following one gaffe, PR misstep, or poorly timed post… and when the person doing the posting is not the face delivering the message, who suffers the consequence of error? The creator, or the group they are ostensibly representing?

These computer-generated personalities use manufactured conflicts and contrived situations to spout sometimes trite aphorisms, always progressive. But does this well-meaning representation of minority groups ultimately have a positive effect on those groups? Consider Shudu: calling for more representation in fashion, and then accepting modeling contracts, means that a real African-American woman has just been replaced—by a white man. Cameron-James Wilson, her creator, is directly benefiting far more than the group she represents. While Brud features a more varied background on its team, its products still represent Brazil-American women or men of non-white races. Ideal women, under total control of whichever brand will pay to rent their painstakingly-designed image.

Stakeholders want to see their products widely distributed, and their brand ethos adopted and internalized. With the level of exposure brands get in a globalized world, the desire to have personifications in each sector may prove tempting enough for some to simply create groups of ethnic spokespeople.

We don’t need the Metaverse to live in an alternate reality. Personified avatars are all around us—it’s all already fake.