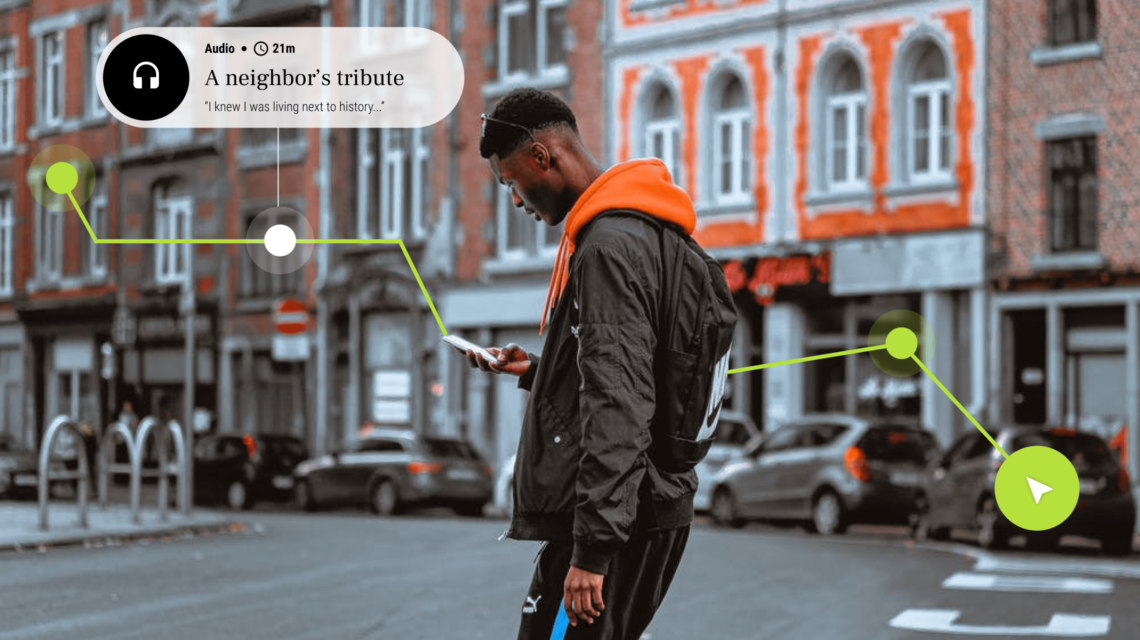 In honor of its 75th anniversary, the United Nations called on designers and futurists to imagine how a future of sustained peace could take shape.

The call is timely — the UN framed its initiative as a search for “speculative design artifacts that evoke novel futures of how to sustain peace” at a moment rife with clashes over racial justice and staggering inequality in the United States, rising global tensions over a pandemic, ongoing regional conflicts, and the fracturing of longstanding international coalitions.

How do we imagine peace in a time of ongoing chaos?

Our world today presents us with a unique opportunity to humanize technology over the long term. More importantly, the call to imagine the Future of Peace challenges us to humanize each other.

At Modernist, we take seriously the responsibility of building a better future — and believe our work succeeds when it moves us closer to a future we want to be a part of while ensuring the same for generations to come.

To accomplish this, we pay close attention to trends in human behavior: what people want, what they need, and how they innovate to achieve it.

An augmented reality platform allowing people to find, see, hear, and share stories of peace and conflict in their own surroundings—uniting past & present in order to build a better future

Sojourn helps people learn stories of peace and conflict in the cities they explore by connecting the energy of protest movements and crowdsourced audio and documentary histories with a rich context that exists in official historical records. We hope that helping people discover a full contextual understanding of the what, how, and why of the past can create a map toward the present—and better inform their own decisions and actions toward the future.

Setting the Scene: You’re in New York City, walking on the Upper West Side past the corner of 72nd and Central Park West and notice some groups have gathered and are taking photos. Curious about the significance of the spot, you pull out your phone and open Sojourn. The GPS locates you, and a dialogue box pops up: you’re standing in front of the Dakota Apartments — the location of John Lennon’s assassination in 1980. You click to read about the event and learn about Yoko Ono and the active role John and Yoko took in persuading people to protest against the Vietnam War and call for a world of peace.

Next, the app asks if you’d like to take a walk with John Lennon, then shows you the map of sights around his neighborhood: a former recording studio, a favorite diner, and Strawberry Fields, his memorial in Central Park. It also lets you search and find other interesting bits of history in the neighborhood.

While strolling, the augmented reality function lets you see pop-up historical notes and gives options to sync with audio history clips from John’s friends, family, and former bandmates—or to listen to some of his most inspired songs like “Give Peace a Chance” and “Imagine.”

Now that you have the gist of how this works, let’s look at other possible filters and functionality in a platform like this — including explorations through time, political and cultural movements, and opportunities to leave your own mark inside a living history.

You’re standing at a major historic landmark, and want to learn more about the previous events and context that have shaped the significance of the place.  The Time Warp effect transforms your mobile device to a time machine—augmenting your experience visually and audibly. In this case, transforming the National Mall in front of you to the 1963 March on Washington at the crux of the Civil Rights Movement. Your screen comes alive with the thousands of protestors shoulder-to-shoulder, the Washington Monument looms in the background, and audio clips from real people present on that day begin to play.

What may not exist in history books is right here—at your fingertips—stories and testimony from the underrepresented, the discriminated, the fringe, and the “forgotten.”  Your formal education of the place and time is supplemented with the richer details of the story, allowing for greater empathy and understanding of a time that shaped much of what you, too, are living through, whether or not you know it.

Walking through the streets of Prague, you stumble down an alley and on to a vibrant wall of graffiti, 90 feet in length. Layers of paint explode into the overcast day — words like “dreamer,” “imagine,” and “love” fill the void, surrounded by peace signs and portraits of a man with small round glasses. You pull out Sojourn and flip to the Culture effect — you’re standing in front of the famous John Lennon wall that, since 1981, when a single portrait of the man was painted shortly after his assassination, has signified peace and hope for pacifist Czechs. Now, you can read, listen, and learn about art’s place in totalitarian governments, life in Eastern Europe behind the wall, and how music shaped Czech culture over thousands of years.

There are moments etched in a nation’s collective memory—like the day Martin Luther King Jr. was killed while standing on the balcony of the Lorraine Hotel in Memphis, Tennessee. But what came before that day? What happened in that place, or to the people present before the moment that signifies a collective, devastating loss? Sojourn’s Politics filter fills the gaps, sharing that the famous hotel had long been a stop in the Negro Motorists Green Book or “Green Guide,” which offered safe lodging for Black travelers during the Jim Crow era. Or how Reverend Samuel “Billy” Kyles organized on behalf of Black workers’ rights for years before he came to stand on that balcony with King. Or how Ben Branch’s Jazz career led him to hearing MLK’s last words—and what a marvelous saxophonist he was.

Click here to listen to “Motherless Child” from his 1968 album The Last Request—it’s so good we don’t think you should have to wait for this app to become reality in order to give it a listen.

Oral histories aren’t meant only for a time before today. Yours matter, too. As you navigate the Sojourn platform, add your voice, your experience and your perspective to the cacophony of history. The goal of this project is to share and unite documented and personal histories, and also to amplify the voices making history today. As you march, paint, write, travel, work, and explore, your actions can create a continued future of understanding and peace.

Using Technology to Unite Past and Future

By providing a way for people to learn and engage, we can help shape an educated, empathetic mindset that follows them into a version of the future with more compassion than the one that came before. This technology—or something like it—could connect young users to organizations that can help them realize their dreams for the world, and to the wisdom and perspectives of elders in their community in order to learn from their experiences.

Get Modernist Futures delivered right to your inbox.