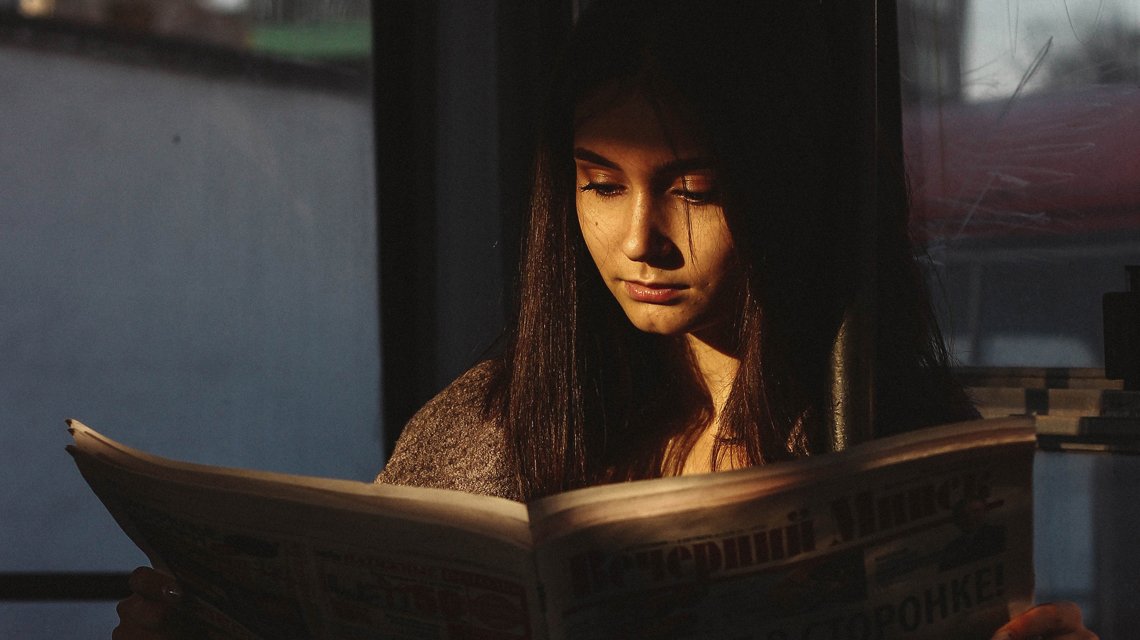 In late 2019, a team of designers, writers, researchers, and software developers at The New York Times published a list of 10 “themes” around news consumption to watch for in 2020. The list offered lots of interesting insights—but the methodology behind it was far more provocative.

The Times designers didn’t build their 2020 forecast by tracking analytics, sending out reader surveys, or doing market testing. Instead, they sat down with readers for ethnographic research in their own homes, in workplaces and on commutes and observed how people engaged with news, in the context of their day.

“We watched how people use their social media accounts, we listened to podcasts alongside them in their cars and we sat in their kitchens while they asked Alexa for the weather forecast,” the team wrote, concluding:

“In order to grasp how media is evolving, it’s important to start with people.”

This probably sounds self-evident. By definition, the news is about people, right? Of course. But despite journalists’ work to understand the people who appear in their stories, few in the industry are as adept at understanding the people who will read them.

As a result, publishing teams are almost certainly missing critical pain points and opportunity areas in how they think about building and sharing stories.

Human-centered designers (like those at the NYT) prioritize readers as users—the people a service is for. In many ways, they start from the same foundation as journalists: Designers conduct field research, or ethnography—visiting people in their contexts and using a variety of “show-me” methods to understand people’s pain points in the context of their daily lives. From there, like journalists, designers develop insight into what people need, why they aren’t getting it, and what will happen if the need isn’t met.

From this point, design and journalism praxis diverge.

Equipped with insights, designers shift to making things. They come up with hundreds of ideas, from incremental to radical, all based on the implications: “How might we solve for X?” By necessity, many of these ideas will be some combination of unfeasible, undesirable, or counterproductive. The aim is to find the few that suggest the opposite: feasible, desirable, and not only useful but valuable. And then, having found those ideas, designers build them—testing them with real-life users (who the service is for), collecting feedback, and making changes based on what works for real users and what doesn’t.

This may not be the way to tell a story.

But it is a strategic methodology to develop how that story gets told. The team at the Times is proactively learning about the conditions in which readers will consume their stories, and what a story may mean to them in that moment. With those insights, they’re well set up to explore what new products, tools, platforms, or services the Times can create that will develop a broader, more engaged readership.

It is also a strategic methodology for developing how a story might go on to change human behavior. Most publications have “find the truth” baked into their mission statement, but “in order to do what” is a surprisingly underdeveloped conclusion.

Designing solutions instead of reporting problems

The most fulfilling moments of my journalistic career are when people found each other through a story I wrote or edited, and went on to collaborate with each other as a result of that connection.  When I left my position as an editor of a justice-driven publication to pursue design strategy, I did so to develop expertise in what I observed was already happening around the stories we were telling: Seeing a problem and thoughtfully, rigorously, developing ways to address it.

Some groups are already meaningfully chipping away at this intersection. Solutions Journalism is a network of reporters eschewing the industry habit of focusing only on problems in favor of reporting on and evaluating solutions—and in the meantime, rebuilding reader trust in the news.

Other organizations like Internews are focusing on “information dark spots”—pairing reporters with existing community information networks and civil society organizations to ensure citizens have access to the news that affects them and their community.

And interdisciplinary programs like Journalism + Design at the New School are combining journalistic training with design thinking—preparing students to apply imagination, empathy, rigor, and research to their future careers.

I believe we need many more practitioners with this end-to-end perspective in order to meaningfully address the future challenges of the 2020s. Already in this decade, we are facing an astounding set of problems, new and old, that are setting the frame for years to come. We are in urgent need of those who can observe the truth about the state of our world—and also do something about it

Journalists and designers alike believe our work can help remake the world for the better. And I suspect these two industries hold some keys to the other’s way forward. Designers’ exuberance to “move fast and break things” en route to a new future instead broke many things we relied on, with nothing close to adequate replacements. Design leadership in the 2020s must embrace a journalistic integrity by focusing:

And doing so over the pressures of brand agenda and company bottom line.

Journalism is in an apocalypse of its own: Publications are bleeding money, teams are withering under acquisitions, reporters are being laid off by the thousands, and distrust in the media is rising. Publications in the 2020s will be required to adopt a designerly risk-tolerance—one that is willing to think creatively, proactively, and boldly about how to make journalism resilient and vital for decades to come.

As a start, it’s worth considering the strongest insight produced by the New York Times team:

Listen to people. They will tell you what they need.